Did you make a good profit on your crypto investments last year?

In an era of Bitcoin boomers, investors have made some significant gains.

Despite its environmental concerns, U.S. and Canadian citizens and residents have been looking at investing and mining crypto.

However, did you know that taxes on your crypto transactions may affect your business model or your annual bill settlements?

In November 2021, Bitcoin reached an all-time high of USD 68,000. The sudden increase has been majorly due to the introduction of the “pre-mining factor” before the Initial Coin Offering. This gave the investors an opportunity to determine the Hash value before its actual offering.

China’s banning of crypto has had a mixed impact on the U.S. economy. While there was a surge in the Texas Chinese Goldcoin Rush and an increased number of Bitcoin miners in the U.S., the global cloud infrastructure suffered huge changes. This was because of the ripple effects of the controlled regulation by China.

Trade and commerce in the crypto sector, especially with the South Asian countries, have been trending downward since they were forced to cut ties with Chinese clients and undergo internal financial infrastructural changes.

This article sheds light on the rudimentary process of Bitcoin mining, how you may be taxed, costs, profits, and the energy usage and risks. At no point of time, it should be considered as an investment or tax advice of any kind.

The Evolution and Growth of Bitcoin

Bitcoin’s prices have always been volatile since its launch in 2009. Despite the risks, digital currency was always a popular choice, with over 42.72% of the total U.S. bitcoin hash rate coming from only four places – New York, Texas, Kentucky, and Georgia.

The surge gave its citizens a huge range of profits, which was unregulated and the U.S. bitcoin hash rate far-reaching than the controls of the Federal Reserve. Companies like Tesla, and Overstock also filled in their logbooks with the success of cryptocurrency.

Companies like Foundry USA, Riot Blockchain, and Genesis also expanded their facilities, with Genesis heading over to Iceland and Riot Blockchain expanding its Texas facility. With such expansive progress, the country has now overtaken China to share one of the largest Bitcoin mining data.

The success of Bitcoin advanced further with the introduction of Dogecoin and the voices of Elon Musk taking over the internet. As such Bitcoins in the U.S. and European markets, regulators have been busy drafting tax rules for this new asset class.

Bitcoin works on Blockchain technology, which is an electronic ledger with an increased capacity to store data.

The computing power deployed by the technology increases as the number of miners begins to increase.

However, by doing so, each miner’s chance loses its chance of winning the guessing game, making the odds one in one billion.

The biggest controversy revolving around the Blockchain is the absence of a regulation institution like a bank, which facilitates the Proof of Work (PoW) or the consensus mechanism of the technology.

PoW is essentially an algorithm that is similar to millions of users mining the currency, thus, maintaining a strapping way to secure a decentralized network and ensuring security to its investors.

No, every crypto is different. Many work on the PoW model – but not all.

Ethereum on the other hand, works on a slightly different nudge, with what is called the Proof of Stake or PoS. The biggest advantage which has contributed directly to the rising popularity of this currency, is the absence of the decentralized network of miners, making it far more cost-effective and also slightly eco-friendly than others.

Having utilized less energy, this is ideal for future Blockchain miners who work on Smart Contract applications and with non-fungible tokens.

However, the growth of Bitcoin mining also brought in a few drawbacks. For one, the rewards will be halved from 7.25 BTC to almost 3.125 BTC in 2024, according to Bitcoincensus. Even after China’s crypto ban, the Bitcoin mining network continued to increase, with “Hashrates” rising to 17.5 quintillion hashes per second.

What is crypto mining?

Crypto miners run a race to solve extremely complicated computational math problems using specialized software. The first one to solve it gets rewarded in cryptocurrencies, and their ledger, or their version of the transactions, becomes the official one.

So, you can see here why it is called a decentralized system because there is no one person or device having control and authority over the process.

Bitcoin mining was a great way to generate a handsome income, even a few years back. Today, many people aren’t too sure and wondering if mining Bitcoin is still profitable.

The truth is, the mining landscape and requirements are not the same anymore. Professional players are now competing with individual miners and have created a whole new equation.

Yet, Bitcoin miners earned $53.15 million in revenues on December 8, 2021. As a result, we can see mining Bitcoins has its rewards.

So, let’s explore if you can profit from mining too!

The Costs of Bitcoin Mining

Earlier, you could mine Bitcoins comfortably with your laptop or desktop computer. They were enough to handle the processing power required to mine Bitcoins. As a result, individual miners could use their computers to mine, without any extra investment.

All they had to pay was the electricity charges.

Today, you cannot use a regular computer to mine Bitcoins. You need special hardware to provide the computing power required to solve the hash problems. The process needs something called the application-specific integrated circuit (ASIC) chip and not a standard GPU.

These mining rigs can cost a few hundred dollars or even up to $10,000. As a result, you cannot rely on your home P.C. to mine Bitcoins anymore.

In addition, the mining rigs need substantial power to compute the mathematical problems. You could land up with a huge electricity bill if you don’t have access to cheap power.

Therefore, it is difficult for individual miners to cover the costs of mining Bitcoins. In addition, the reward for mining Bitcoins is also decreasing gradually. You also have to keep that in mind for the long term.

The investment needed to mine Bitcoins is putting off individual miners. In their place, mining farms are coming up with robust infrastructure and required capital. They have numerous mining rigs and access to cheap commercial power as a competitive advantage.

As a result, mining farms now mine the majority of Bitcoins and earn the most rewards. Individual miners with limited capital cannot even think of owning such an infrastructure.

Additionally, the computing power needed to mine Bitcoins keeps on increasing with the mining difficulty. Therefore, you need to upgrade your hardware every 6 months or 1 year to keep generating profits.

That also adds to the cost of mining when amortized over the years.

Bitcoin Mining Pools to the Rescue

The only way individual miners may profit from mining Bitcoins is to join a mining pool. In a pool, miners work together to mine Bitcoins using the combined computing power of each member. As a result, the pool can work as efficiently as mining farms to earn rewards.

Mining pools may have membership fees. Additionally, the earnings are shared equally between all the miners in the pool.

Every investment involving monetary transactions has its share of risks.

Overheating of the ASICs can be a significant challenge in warmer climates.

Investing in an efficient Bitcoin system setup needs regular servicing of the electrical systems and ensuring operational and system security.

How the Bitcoin miners are taxed in Canada?

Bitcoin mining is a business activity!

Like any other business activity, it goes on T2125 if you are not incorporated. If you are incorporated, it should go to T2.

Since bitcoin mining is a business, all the expenses incurred to generate the business income are deductible, subject to certain rules. All the investment into computer hardware and software and other equipment can be capitalized and amortized over the years as per applicable rates. The operating expenses such as energy costs, office in-home or leased office, subscriptions and memberships, and other operating costs can be immediately expensed out within the same period.

The revenues are recorded at the spot rate when bitcoins are mined. Keep in mind, the holding period of bitcoin also generates income; a capital gain or business income. Its important to track the cost basis of those bitcoins, some software or app such as Koinly can help here.

The Bitcoin Mining Future: What to Expect?

Cryptocurrency mining is going to stay for a while – but the way we go about it might change. For instance, we may no longer look to mine bitcoin soon, since it may turn unprofitable as more Bitcoins get mined.

On the other hand, if other major cryptos like Ethereum switch from a Proof of Work model to a Proof of Stake one, we may see miners looking at other coins to mine.

As a result, we might see more crypto mining of different coins – at least till we have cryptos working in the PoW model.

To sum up, cryptocurrencies are an attractive investment, especially because of speculations about the skyrocketing prices of cryptocurrencies in the future. Riding the hype can be quite irresistible, but it is not a good enough reason to invest.

Diligent research about the owners, investors, nature of investment and the stage of development of any cryptocurrency is crucial for smart investment.

The last thing to consider is the price of Bitcoins. Your profits from mining are going to reduce if the value of Bitcoin declines. Therefore, evaluate all the factors to determine if mining Bitcoins will be profitable for you.

Finally, governments across the globe are on a banning spree of bitcoin mining. Keep an eye on the regulations!

Maroof HS CPA Professional Corporation can help with Income taxes for bitcoin miners in Canada. Get in touch with us today! 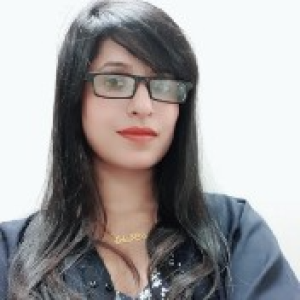 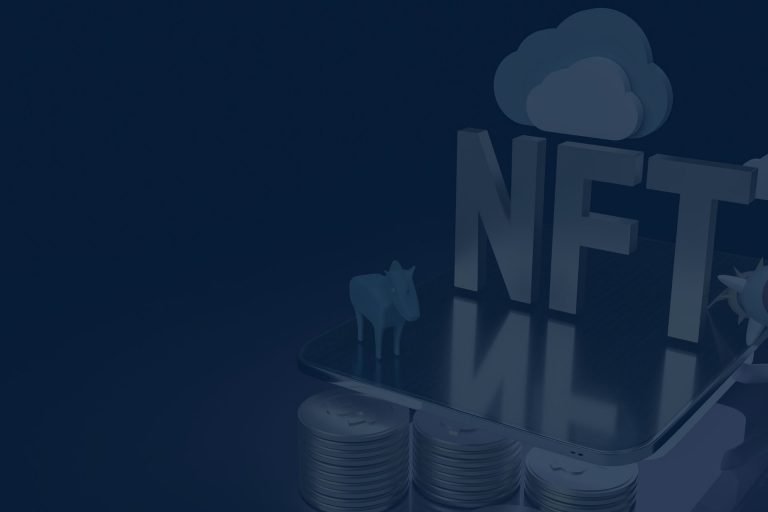 An introduction to emerging world of NFTs 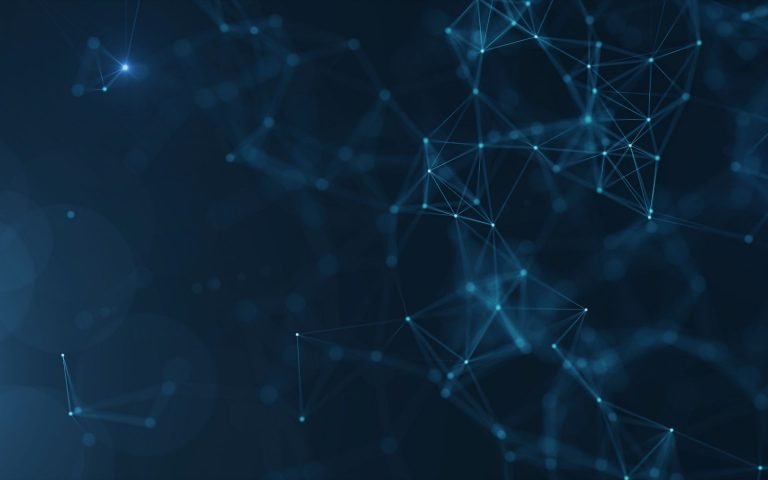