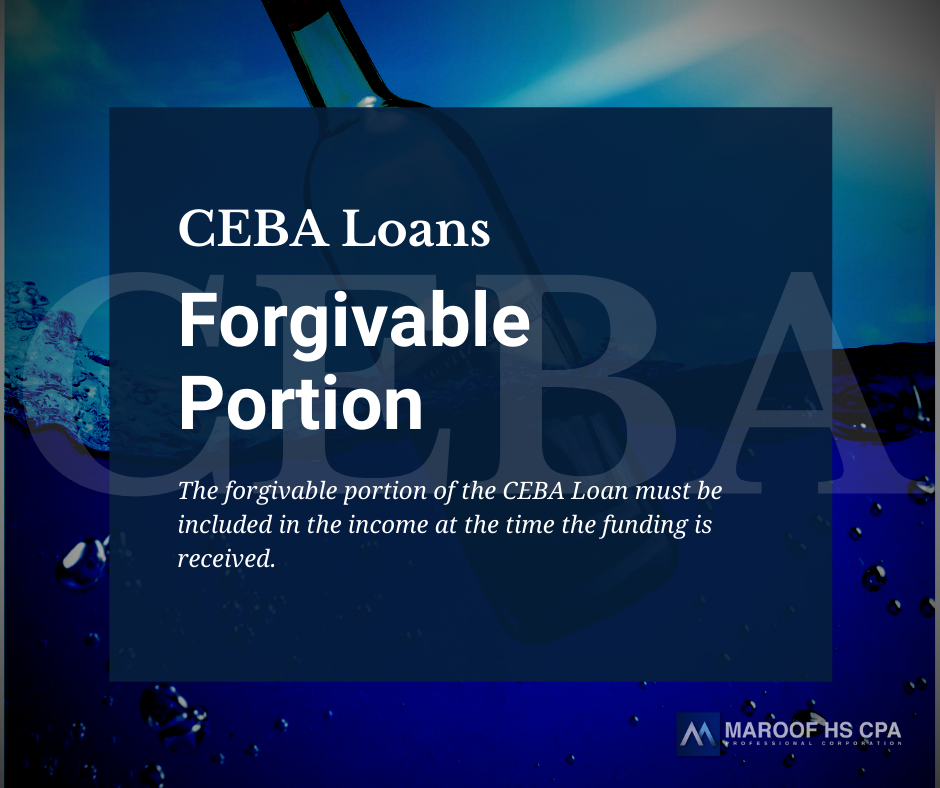 Many businesses in Canada have taken advantage of Canada Emergency Business Account (CEBA).

The forgivable portion of the CEBA loans must be included in the income during the year funds were received.

The Income Tax Act (ITA) provides under the s. 12(1)(x) that these amounts be included in the income at the time when the assistance is received. ITA further provides, under s. 20(1)(hh) that a deduction can be available if the amounts are repaid in the future.

All the businesses that have received the funding under CEBA should include these amounts in their respective tax years. Since the proceeds are used to pay off non-deferrable expenses, s. 12(2.2) also provides an option to reduce the amount of the expenses paid instead of including the amounts in income.

Whether you chose to include the amounts in income or reduce expenses, the net effect on the taxable income should stay the same.

This post cannot be considered as tax advice. The readers are cautioned to consult their professional corporate tax accountants to discuss the matters further.

Get in touch with us today!

A lot of people have claimed CERB for the full 28 weeks period, totalling up to $14,000. Canada Revenue Agency (CRA) has issued letters to the taxpayers who they think might not have been eligible. The...

2020 End of Year Tax Planning for Small Corporations in Canada

There are many ways small business owners can optimize their corporate income taxes for 2020. This post is for the small to medium-sized businesses operating in the corporate form. Further, we do not...