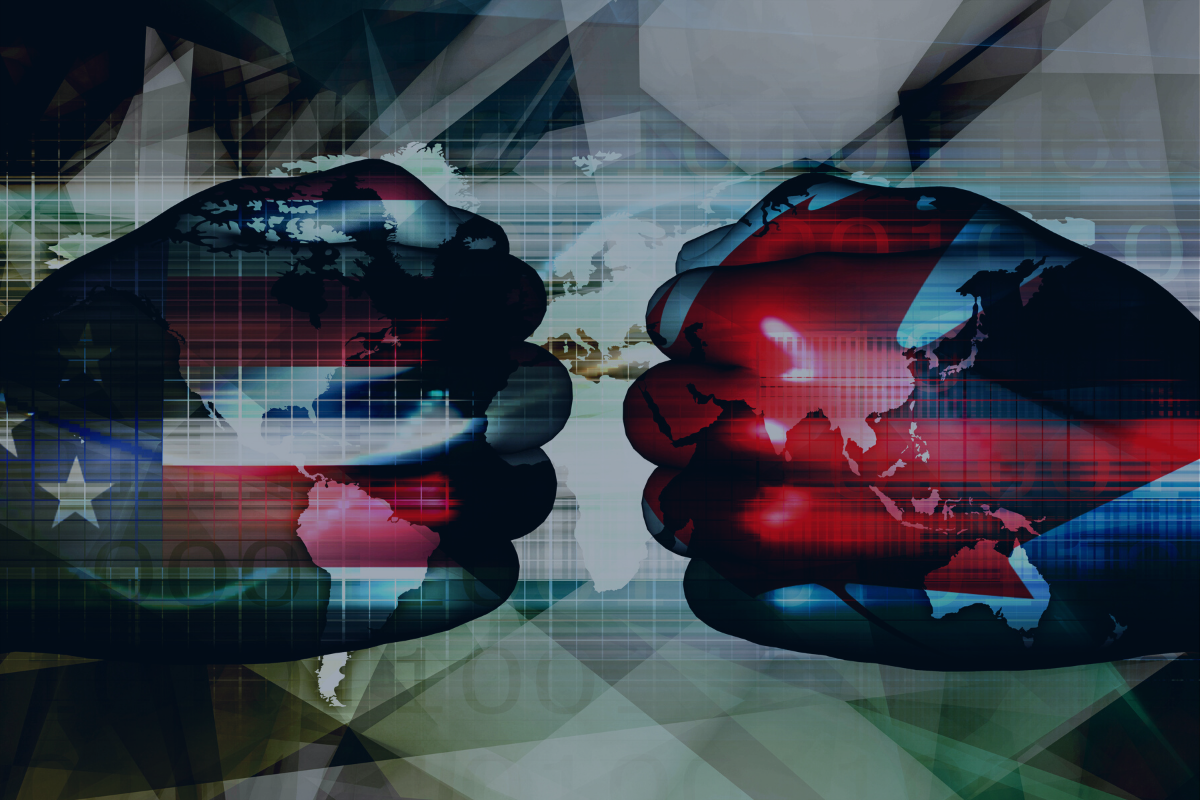 This article focuses on the limited emigration issues specific to shareholders of CCPCs related to their shares. Due to the complex nature of residency issues and tax implications, readers must exercise extreme caution while relying on limited resources on the internet. Every taxpayer has its unique circumstances and should consult a professional tax accountant specializing in tax residency issues or cross-border taxes. Therefore, this article is not tax advice of any sort.

The owner-managers of small business corporations need to assess the impact of change in tax residency and plan ahead before making such decisions.

This article focuses more on the cross-border tax issues related to the emigration of shareholders of a CCPC from Canada to the United States.

Canadian Controlled Private Corporations (CCPCs) are very popular with small business owners, mostly owner-managers. The requirements for a corporation to be classified as CCPC are set out here. The small business deduction (SBD) is the most attractive feature of a CCPC that helps to achieve an overall lower tax rate for these corporations.

One of many conditions for a corporation to be qualified as a CCPC is that it is not controlled by one or more non-resident persons. This is not very uncommon for many Canadian residents to emigrate and leave Canada for multiple reasons. So, when the emigrated Canadians, now non-residents, control the corporation, the corporation loses its CCPC status!

The term Emigration is used when a resident leaves Canada and the date when he becomes a non-resident of Canada is the date of emigration.

The fact of whether a taxpayer has emigrated and become a non-resident of Canada is of a very subjective nature. Both primary and secondary residential ties are considered together to reach such a determination. The Canada Revenue Agency (CRA) determines the residency of a taxpayer who is leaving Canada using the form NR73. It is important to mention here that the taxpayer is not required to send such a form to CRA at the time of emigration. Instead, a taxpayer needs to file the tax return for that year to disclose the date of emigration and file other relevant forms.

On the other side of the border, the U.S. determines tax residency using very objective criteria, i.e. Substantial presence test (SPT) (Code § 7701(b)(3))! SPT uses the past three years to calculate a total of 183days (current year full, the year before 1/3, and another year before 1/6). This is very common for Canadians to meet this test, especially for the snowbirds. A closer connection statement is filed with Internal Revenue Service IRS to avoid being subject to US taxes provided the number of days in the current year does not exceed 183.

Why the correct determination of residency status is so important?

The U.S. Canada tax treaty provides a set of tie-breaker rules to determine the residency status of a taxpayer. Among many other things, it also provides the rules related to the sourcing of income and respective tax issues and the relief from double taxation.

For owner-managers emigrating to the U.S. must know that non all the states follow the U.S. Canada tax treaty. For example, the State of California does not use the Substantial Presence Test but applies a concept of domicile. It also does not offer a foreign tax credit mechanism with a higher income tax rate.

CCPC shares and Emigration of a Canadian Resident

When a Canadian resident leaves Canada and becomes a resident of the U.S. (or any other country), he becomes a non-resident (or deemed non-resident) of Canada. Since Canada taxes its residents on worldwide income and nonresidents on Canadian sourced income, there are some major implications.

Deemed disposition and departure tax are top of the list!

When a taxpayer moves out of Canada, there is a deemed disposition of certain assets as per section 128.1 of ITA. Assets such as immovable real property in Canada, and “excluded right or interest of the taxpayer” such as TFSAs, and RRSPs, are excluded from deemed disposition. However, in this article, we are only focusing on the shares of Canadian Controlled Private Corporations.

CCPC shares are deemed to be disposed of at the Fair Market Value (FMV) on the date of emigration and immediately reacquired afterward. Determining the FMV of CCPC shares is not always easy unless the taxpayer uses professional valuation services. Oftentimes, taxpayers use the Net Assets of the Corporation to determine FMV. Net Assets on the balance sheet do not always reflect the true value of the shares since it ignores many other important factors.

Many owner-managers use the tax deferral advantage of corporations to time the withdrawals in the form of dividends for their personal tax optimization, they end up accumulating substantial undistributed earnings. When a corporation mostly has liquid assets such as cash in the form of retained earnings, it’s reasonable to assume Net Assets represent FMV. The pro-rata share of these Net assets, when compared with the Adjusted cost basis, can potentially create a substantial capital gain for emigrating shareholder(s). Half of these capital gains are going to be taxed at the marginal tax rate of its shareholder.

Deemed disposition of CCPC shares can bring a substantial tax bill for the taxpayers. The taxpayer must confirm her eligibility for a very helpful deduction related to the disposition of QSBC  shares.

There are certain conditions that must be met for the CCPC to be a QSBC and can be found here.

One of the conditions is that the shareholder must be a resident of Canada for the full year when the shares are disposed of. For those emigrating from Canada, the deemed disposition happened in the year when they are part-year residents of Canada. In such cases, the individual is deemed to be a resident of Canada for a full year for the purpose of meeting exemption conditions.

Therefore, the taxpayers must plan ahead to ensure that they meet all the other eligibility conditions.

The remaining capital gain on the deemed disposition of QSBC shares is taxed at marginal tax rates of the shareholder.

Departure tax on a deemed disposition can cause an undue financial burden on the taxpayers in the form of tax payment without actual realization of gain.

ITA subsection 220(4.5) provides relief in the form of deferral of this payment when the taxpayer elects to post security with CRA. The acceptable forms of security are a Bank letter of credit, Canadian real property, or shares of a private corporation.

Taxpayers can use the CCPC shares as a security. In such a case the agreement drafted by the Department of Justice often requires all the shares of all classes held by the taxpayer to be part of the security regardless of the amount of tax liability. Further, such a security agreement may restrict the taxpayer’s ability to issue future dividends and reorganizations involving those shares. There might be frequent reporting requirements to CRA to ensure the creditworthiness of underlying security.

If a taxpayer returns after a couple of years and unwinds deemed disposition, the ACB returns to the original. More later.

Losing a CCPC status results in a deemed tax year-end for the corporation and a short year corporate tax return must be filed. With no changes in shareholding and control, the corporation is most likely to be an Other Private Corporation that is not eligible for Small Business Deduction.

Future Withholding of Taxes on Dividends to Non-Residents

When a Canadian corporation pays dividends to a non-resident of Canada, it must withhold taxes and remit to CRA.

The withholding rate under the treaty on dividends from Canada to U.S. tax resident is 15%

When owner-manager moves to the U.S. there are tax consequences on the other side of the border as well. The U.S. tax system is way more punitive towards noncompliance as compares to the Canadian one. IRS uses hefty penalties to deter taxpayers from being non-compliant. While assessing all the U.S. federal tax requirements is beyond the scope of this article, taxpayers must consult the U.S. Canada cross-border tax accountant to determine the reporting requirements for both emigrating shareholders and the Canadian corporation.

One of the most common issues is a mismatch of ACB. ACB of CCPC shares for Canadian tax purposes after emigration is FMV at time of disposition whereas for U.S. tax purposes it is historical ACB (Original before deemed disposition).

This creates a significant mismatch of ACB and can result in a serious double tax if not properly planned and executed. Article XIII(7) of the U.S. Canada Tax Treaty provides relief by allowing a step-up of ACB for such shares. Again, such a step up needs a treaty-based position disclosure.

Foreign Reporting Requirements in the U.S.

Some of such requirements related to Canadian corporation shares are (not a conclusive list):

There will be other requirements on the personal side as well, other than shares of Canadian Corporation, such as those required for bank accounts, TFSA, RESP, or RRSP etc.

If a Canadian taxpayer returns after a couple of years, there is an option to unwind deemed disposition.

She must elect to unwind the deemed disposition that will adjust the ACB back to the original ACB before deemed disposition. The United States does not charge departure tax for short-term residents. Therefore, consideration must be given to the actual appreciation of the value of the shares.

In Canada, at the date of residency resumption, ACB is adjusted again to the FMV on that date.

Reversing a deemed disposition is better if the shares have dropped in value since the last departure. Otherwise, it’s better to pay departure tax and shelter the capital gains accrued during the nonresidency period.

Due to the complexities involved in crossing borders for the shareholders of Canadian Corporations, this is quite possible to make mistakes. Sometimes, misguided taxpayers intentionally skip compliance and later on down the road realizes the extent of damage or potential damage!

The Canada Revenue Agency offers once in a lifetime opportunity to come clean and correct the affairs voluntarily. The voluntary disclosure program (VDP) is a great option for such taxpayers to do the necessary filing to avoid any gross negligence penalties or criminal prosecution.

Maroof HS CPA Professional Corporation helps with all cross-border tax issues, personal income tax, and corporate tax matters. Whether you are relocating to Canada or relocating to somewhere else from Canada, we are here to help.

Get in touch and plan ahead!

Many of Canadian taxpayers maintain a second home, a vacation property, or hold a U.S. real property interest for investment purposes. In 2020 and 2021, there is an upward trend of dispositions of U.S. real...